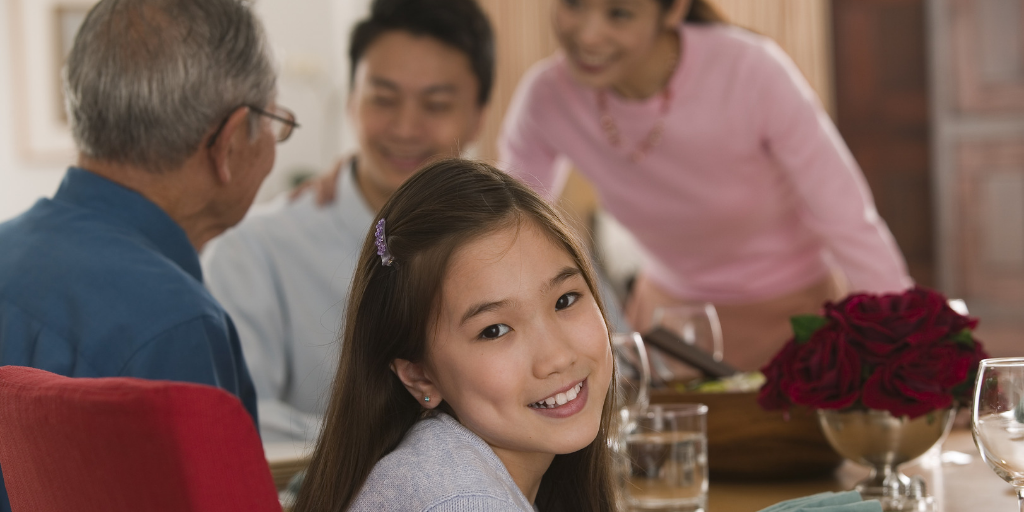 While it’s true that children often idolize sports heroes and celebrities, they also idolize YOU. As a parent or caregiver, you have the power to help shape their attitudes about drugs. One way to do that is by talking to them regularly about what is going on in their lives. Kids who learn about the risks of drugs and alcohol from their parents are up to 50 percent less likely to use than those who do not.

Talking to your child about drugs and alcohol doesn’t mean lecturing. In fact, there are many things you can do (or may already do!) to provide the type of environment that may keep your child from experimenting with drugs or alcohol. One is to spend more time with your child. A national survey about the importance of family dinners revealed that 18 percent of teens said they would like to spend more time with their parents

Family dinners don’t have to be elaborate or expensive. Think of simple, inexpensive ways to make the meal fun, such as eating a picnic meal in the back yard, having a contest to see who can create the best pizza, or setting up a burger bar with outrageous toppings. Enjoy the process, and spend the time together talking with your children about their day.

Simply being there for your child—day or night—is also helpful. A child who feels you are available will be more likely to come to you with questions about drugs, or challenges with peer pressure or other situations that make your child feel uncomfortable. It is especially important to be there for your child during times of transition, such as changing schools, moving, or divorce, because the risk of drug use increases greatly during these times. As children advance from elementary school to middle school, for example, they face new social situations. They will be exposed to cigarettes and alcohol—if they haven’t been already— and friends may encourage them to try new things. Later, as they go from middle school to high school, they will face a larger variety of substances and have more of a desire to fit in or seem cool to their classmates.

Additionally, teens who attend religious services four or more times a month are less likely to have used tobacco, consumed alcohol or used marijuana than those who attend such services less frequently or not at all.

Contact us at info@capedc.org for more information on how to encourage drug-free behaviors and guide good choices…